" My mission is to enable women to build healthy habits that last, enhance every aspect of their lives, future proof their bodies so they wear their skin with confidence ".

Chiara is known for her "contagious positive energy, her in-depth knowledge of health and fitness and her mind-body approach to exercise".

Chiara is a certified NASM Level 4 trainer specialised in Barre, who’s always evolving and expanding her expertise by joining workshops and masterclasses.

Chiara founded her class concept TotalBody in 2016 while representing and teaching for luxury athleisure brand Sweaty Betty. She started her entrepreneurial career by running a series of workshops in collaboration with other female founders known as the TotalBody Inspiring Women Series - following her passion for connecting people and making a positive impact on others lives.

Chiara’s proudest accomplishment has been creating a community where women support and inspire one another. In the past years, Chiara’s work has earned multiple accolades, including a nomination as one of the Top 10 Motivating Female Trainers in London by Women’s Health (2016) as well as being a contributor for titles such as Marie Claire, Elle, Cosmopolitan, Stylist, Evening Standard and Welltodo.

As an expert in body and mind matters she enjoys discovering ways to exercise that are both enjoyable and rewarding. Chiara’s favourite part of being a trainer is the people's vulnerability; she sees power in being truly one-self and embracing the internal and external work necessary to heal and learn to wear the skin we are in with confidence.

When she’s not behind the camera filming for TotalBody Studio or behind the keyboard reporting her hip and healthy lifestyle on her blog - chiaralewis.com - you can find Chiara hosting retreats in exotic locations like Bali, Costa Rica and Morocco or testing her own boundaries hiking and climbing mountains.

Exercise is a tool to not only feel more confident and happy with the way you look but also empower, enable creativity, de-stress and dedicate time to yourself. 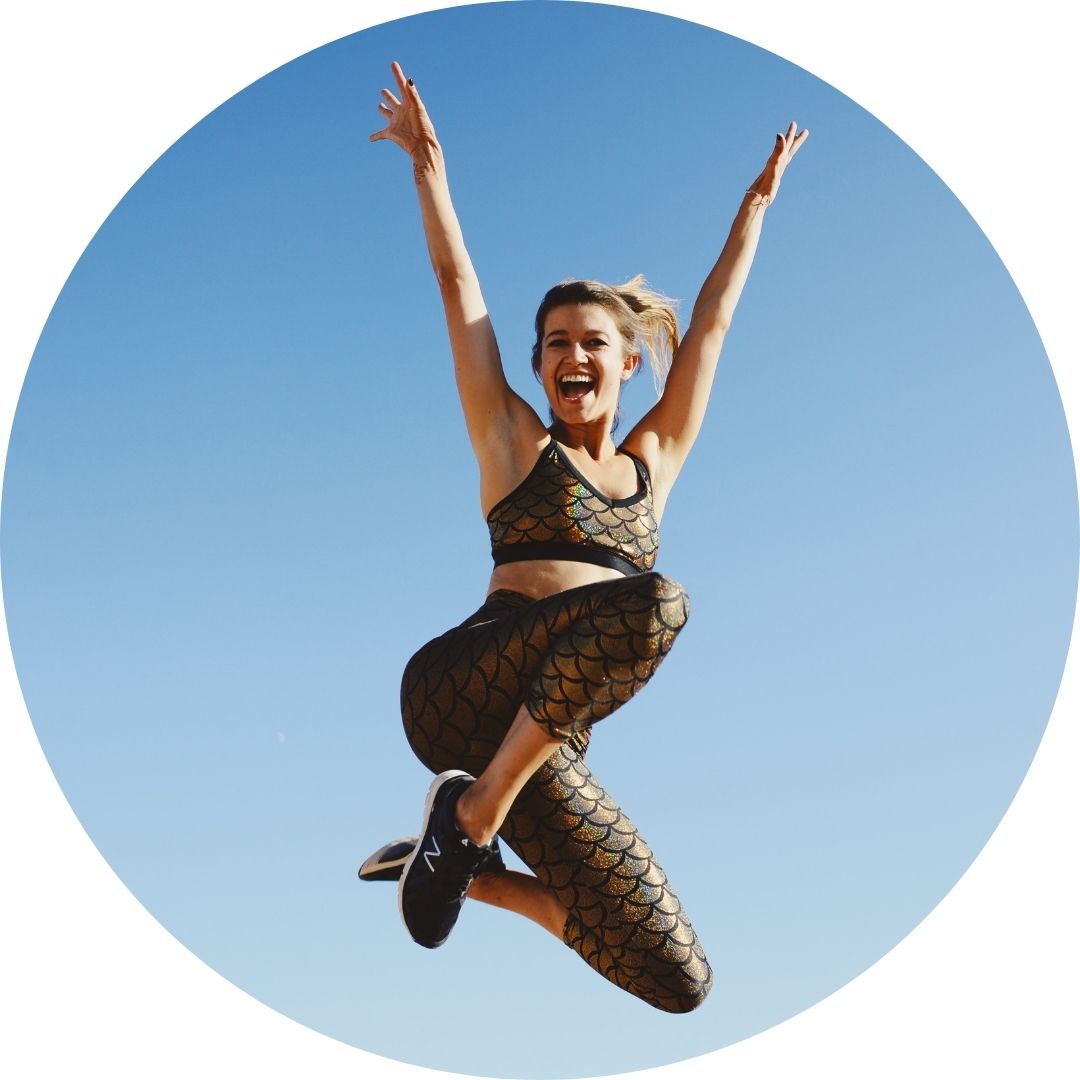 Chiara is the best! The workouts are always challenging, but easily adaptable for different levels. I have always worked out a lot, but I learned so much from Chiara. She is very knowledgeable and her form corrections are spot on. I also have to mention her attitude and teaching method is amazing. She knows when to push you, and her positivity and smile make you try and believe you can do it. I love her style! 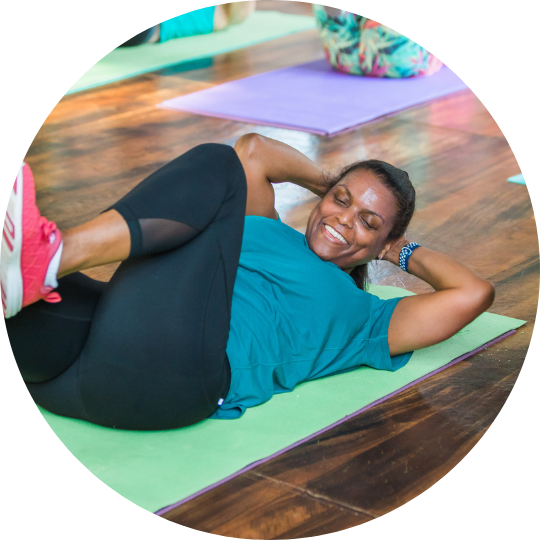 Chiara is enthusiastic, positive plus very knowledgeable and current on a wide array of fitness workouts and experiences. Her enthusiasm is contagious. Her sweet personality draws you into her workouts and you’re sweating in the most pleasant way quickly. Really enjoy Chiara — her fitness expertise and personality. 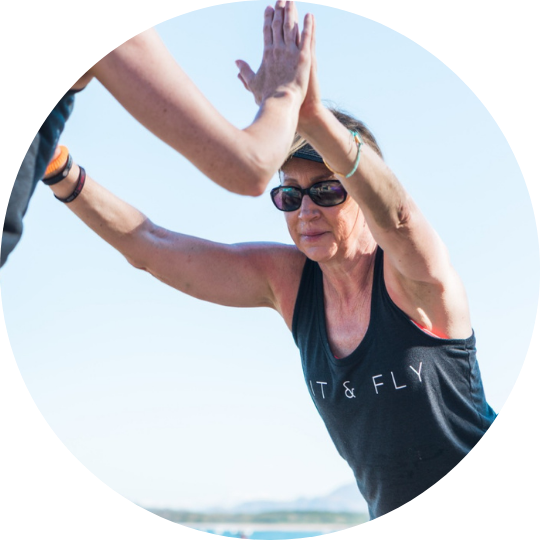 My experience training with Chiara was overwhelmingly positive. She’s a great trainer and even better person! I appreciated that she really took the time to understand my fitness level and needs, and then encouraged me to work hard toward those goals. She provided great insight and support! 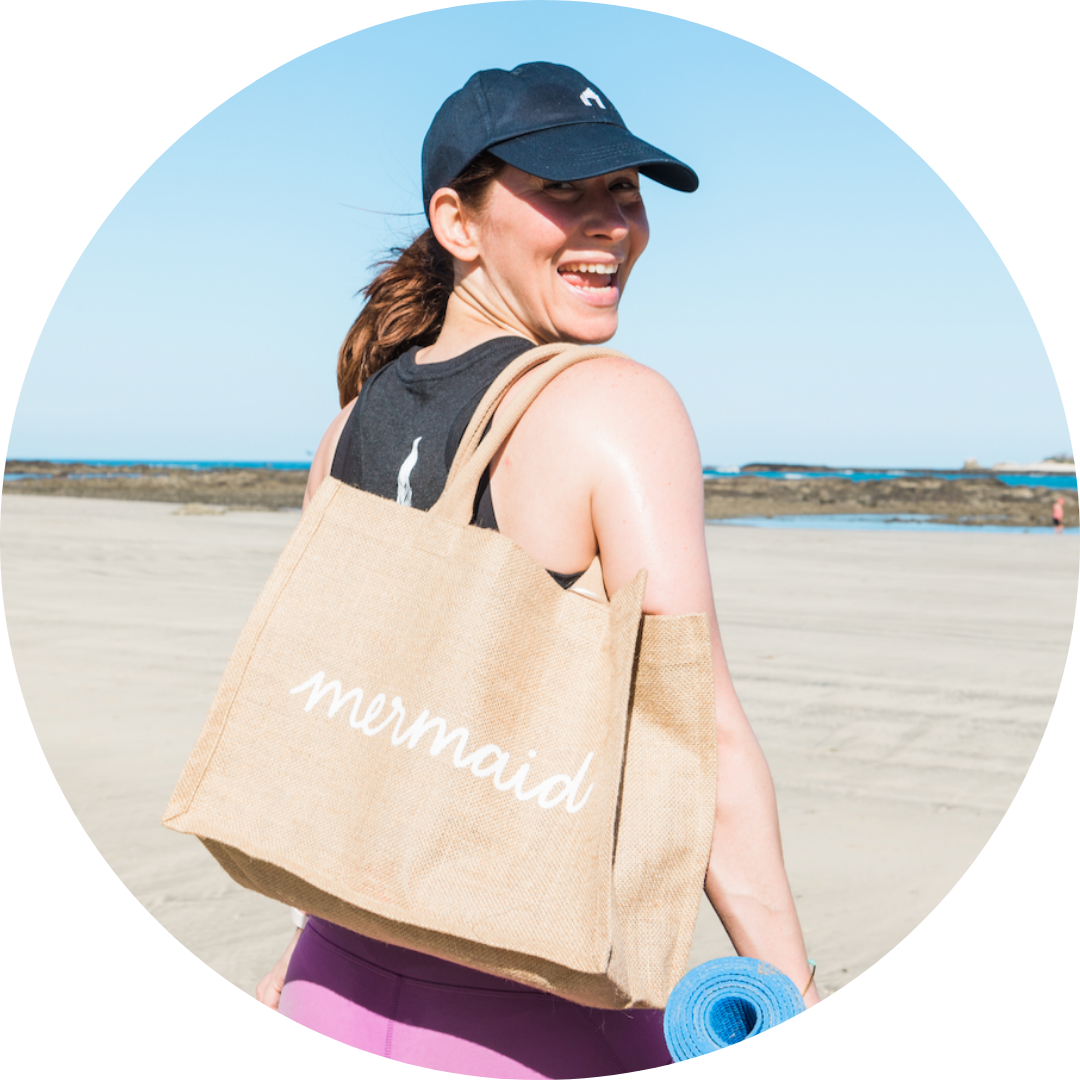 I have worked out with Chiara for years. She brings a wonderful positive energy and in-depth knowledge to health and fitness, and is overall such a lovely person that you can’t help but be inspired and show up for her class! She’s very well-rounded in her approach to fitness and mind-body balance, and I really appreciate and admire that she really does live the lifestyle she advocates. 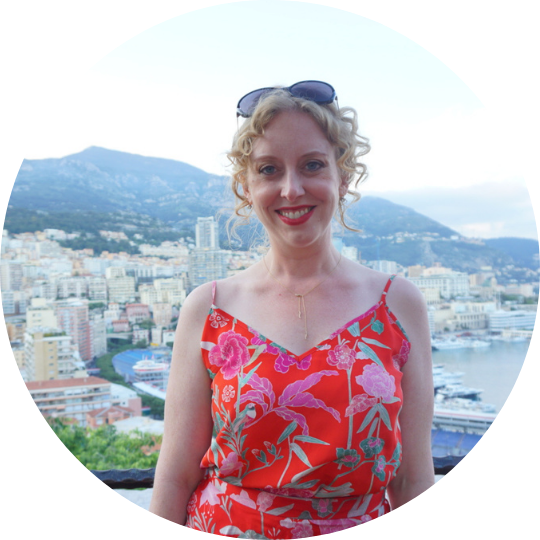 I simply can't miss Chiara's fitness classes each morning because she is that good. She puts together the right mix of workouts that are always engaging, motivating, and easily modifiable for everyone. It is so empowering to walk away from the mat knowing I got in a great sweat session. My all-time best success rate working out I am achieving thanks to a spunky, smart gal named Chiara! 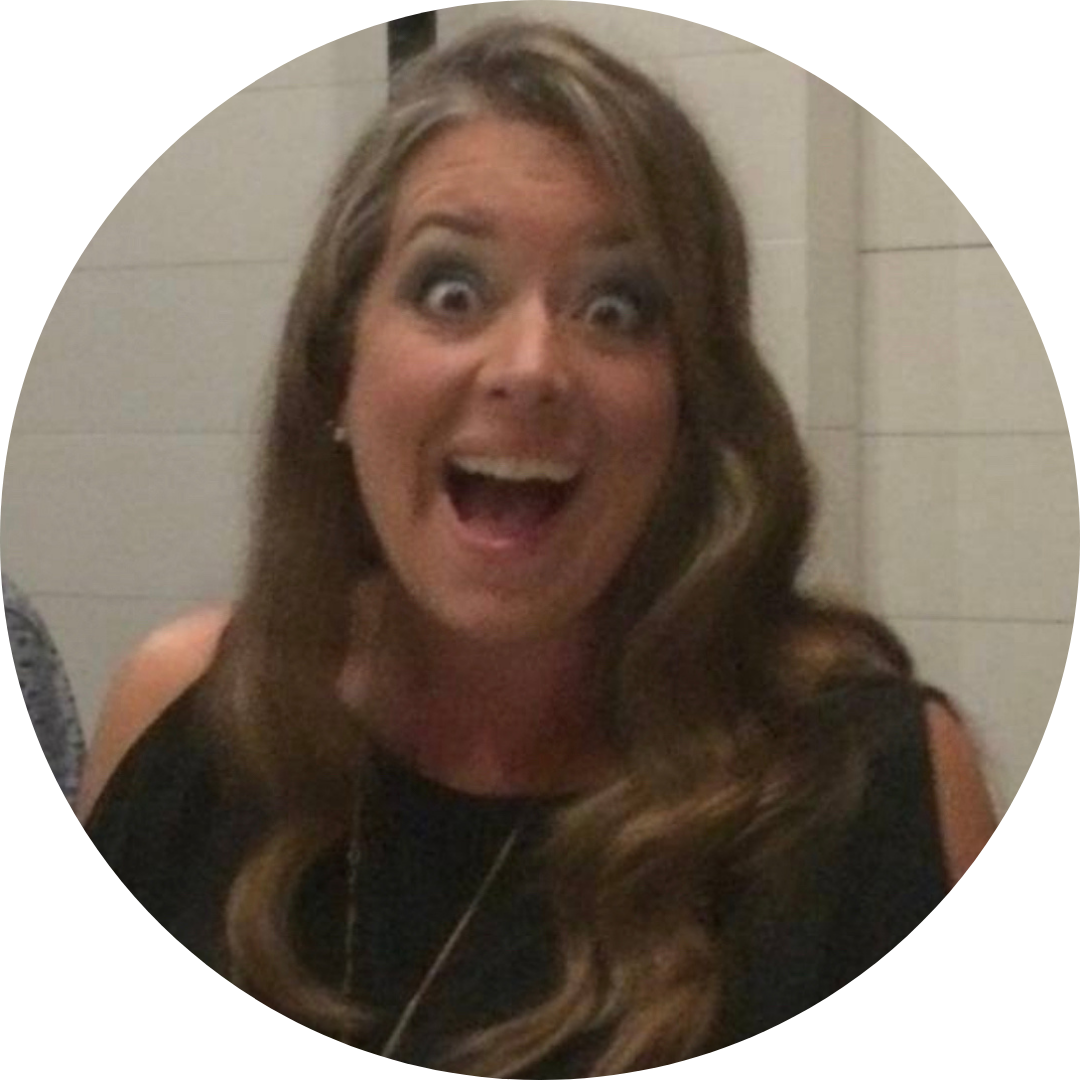 I met Chiara a couple years ago on a fitness retreat and followed her to another part of the world to be trained by her for another week. She pays close attention to technique, has a great sense of people’s abilities, and knows how to push us to new heights. Most importantly, Chiara has a sweet, fun-loving spirit that is a joy to be around. I will continue to sweat and get stronger with whom I’ve affectionately dubbed “My Instructor”. 😁 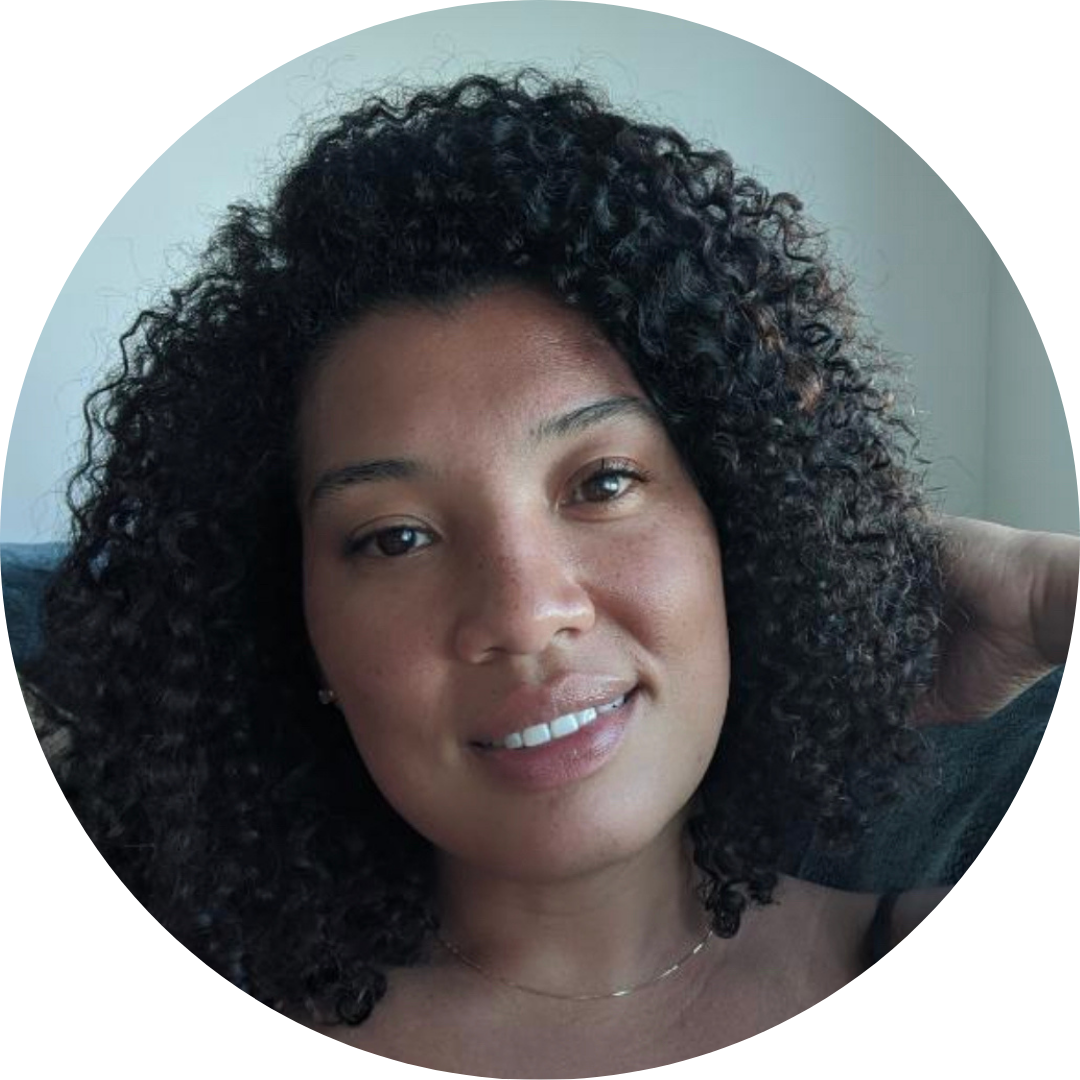 TRY A CLASS FOR FREE

Make up your own mind before becoming a member.